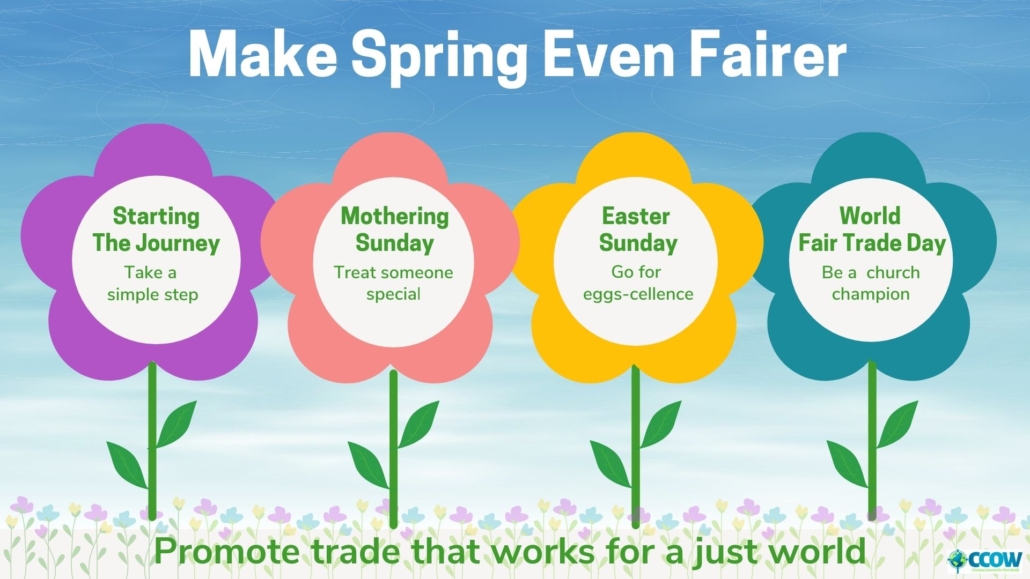 We’re all looking forward to Spring.

God willing, there will be more light, more chances to get out, fair weather.

But it’s not just the weather that can be fairer in Spring. Our trading can be, too.

While the pandemic has affected all of us, it’s hit many poorer communities around the world especially hard – and has often reinforced patterns of inequality. UN General Secretary Antonio Guterres put it well when he said: “While we are all floating on the same sea, it’s clear that some are in super yachts, while others are clinging to the drifting debris.” Oxfam notes that “It took just nine months for the top 1,000 billionaires’ fortunes to return to their prepandemic highs but for the world’s poorest people recovery could take 14 times longer; more than a decade.”

We can make a difference to this picture.

When we purchase Fairtrade/Fair Trade* goods and campaign for fairer trade, we’re supporting communities of producers around the world to get a better return for their labour, fairer working conditions, and the chance to care for their environment. And at the same time, we can support ethical retailers in the UK – retailers who not only offer high quality goods but also have a social purpose.

So this year, could you and your church commit to making your Spring even fairer?

To help you with this, we’ve prepared three resources: ‘A Single Step’, ‘A Fairer Mothering Sunday and Easter’, and ‘Making Fair Trade Easy’. Each is available online, as a PowerPoint that can be used in church services, and as a pdf.

Please use them – and let us know how it goes!

*Fairtrade refers to products – largely food and drink, though also cotton, gold, flowers – that carry the FAIRTRADE Mark, which shows that the materials in them have met the international Fairtrade standards, set by Fairtrade International.

Resources for each step

To start the journey 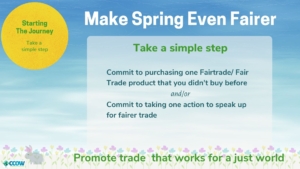 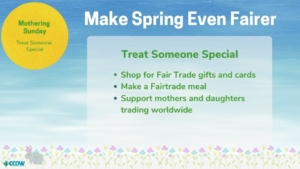 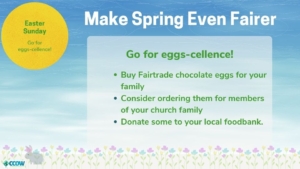 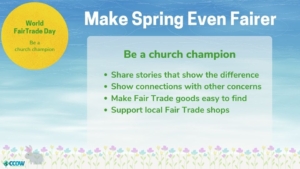 Search your heart and choices – individual

Theology and Practice: Creation Care in a Wounded World
Scroll to top