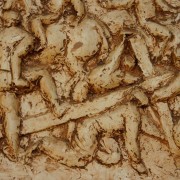 To help with the keeping of Lent, CCOW has put together a Guide to Online Resources for Lent (Download the updated version for 2019 here). Some of the materials in the guide offer daily reflections, prayers and action points; some are meant for use on a weekly basis.

They’re designed to be part of a traditional Lenten discipline of prayer, meditative reading, giving and fasting. Fasting, of course, is not simply a matter of restraint in eating and drinking – as Isaiah 58 reminds us, the fast that God desires involves refraining from wickedness; freeing those who are oppressed; sharing with those in need; keeping our speech free of evil; and honouring the time set aside for God, the Sabbath.Many of the resources pick up the themes of ending oppression and sharing with those in need … though we also refer to the Godspace list, which has more general resources as well.

The resources are easy to make part of a daily routine or part of a Sabbath time, resting in the presence of God.

Do please let us know what you find helpful … and please recommend any resources or ideas for Lent that we have missed. 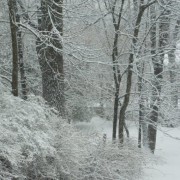 Are you looking for a different kind of “Advent Calendar” – one that will help you each day to look forward to Christ’s coming and to pray for the world He loves? For daily reflections? Material to help prepare Sunday services? Find a wealth of suggestions in the CCOW Guide to Advent Resources, newly revised for Advent 2018. Download it here. 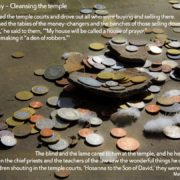 At the end of Holy Week, we will once again remember the fulfilment of Jesus’ words:

“The Son of Man came not to be served but to serve
And to give his life as a ransom for many.” (Matthew 20:28)

But in the days leading up to Jesus’ crucifixion, also, the gospels describe a number of significant events, encounters, symbolic actions and teaching.

For each day in Holy Week, a simple reflection, comprised of a single image and a short passage of Scripture, is offered for contemplation. The Biblical texts are all drawn from events the Gospel writers place in Holy Week.

Welcome to CCOW’s new resource for Lent: our Linked Lectionary Notes for Lent 2018, which are based on the principal Sunday readings from the Revised Common Lectionary.

For each Sunday in Lent we explore some of the ideas and themes in the set readings (column 3) and then reflect on them, linking them to a contemporary global issue (column 4). The idea is to help people connect the Bible with today’s world – looking at each through the lens of the other.

The resource is aimed at anyone who will be interacting with the passages each week – primarily preachers, but also those leading the intercessions, or even putting together the pew sheet. It’s also offered as a resource for personal reflection and could be used in a small group setting. The notes are not a finished sermon – rather they raise questions and offer thoughts.

These notes are a revival of a resource called Development Matters, which Elizabeth put together for Bath and Wells Diocese for over a decade. (Some of these notes have also featured in the Fairtrade Foundation’s Church Action Guides for Fairtrade Fortnight). Two quotes particularly inspired this endeavour:

‘I simply argue that the cross be raised at the centre of the marketplace as well as on the steeple of the church. I am recovering the claim that Jesus was not crucified in a cathedral between two candles, but on a cross between two thieves, on a town garbage dump…at a crossroad of politics so cosmopolitan that they had to write his title in Hebrew, Latin and Greek. That is where he died, and that is what he died about, and that is where Christ’s people ought to be, and what church people ought to be about.’
George Macleod, founder of the Iona Community.

‘In a Jesus society, you repent, not by feeling bad, but by thinking different’.
Mennonite author Rudy Wiebe in The Blue Mountains of China. 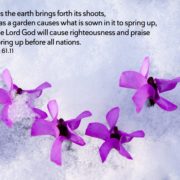 Pairs images with selections from the readings for Advent 3 (Year B). The slides can be used individually or as a sequence.

Like many of CCOW’s resources, this is free to use. We ask that people attribute the materials appropriately, and also that they not use the material commercially or make adapted or derivative material from words or images. 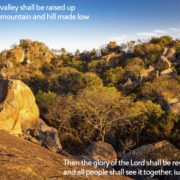 In this powerpoint, Elizabeth Perry pairs images with selections from the Revised Common Lectionary readings for the second Sunday in Advent (Year B). The slides can be used individually or as a sequence, and are accompanied by a reflection.

Like many of CCOW’s resources, this is free to use. We ask that people attribute the materials appropriately, and also that they not use the material commercially or make adapted or derivative material from words or images.

Looking for a full Harvest service? Sermon notes? Prayers and prayerpoints? Children’s activities? Our Guide to Harvest Resources offers links to a rich array of resources produced by individuals, agencies and groups around the world. Download it here