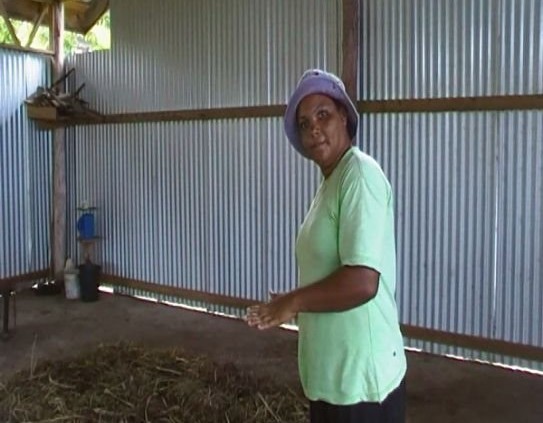 Showing a Fair Trade film, whether as part of a special film night or as part of a service or meeting, can be a great way of introducing people to Fairtrade. A number of churches and groups have asked for recommendations of videos. Some films that church groups often use (such as Black Gold) are full-length and require the purchase of a license. If you’re looking for something shorter and available online here are our nominees for:

Looking for something that will remind people why we choose Fairtrade products? Try “Choose the World You Want. Choose Fairtrade.” This snappy one minute film shows the impacts of your choices – care for creation, fairer pay for producers, opportunities for children, empowerment for women …

Another short but powerful call to action comes from the World Fair Trade Organization “Let’s make our choice” shows how we can make choices and work with others to create a fairer, more sustainable system.

The Fairtrade Foundation’s “Fairtrade Matters” (13+ minutes) is not a film you’ll forget. Beautifully produced, it follows tea-pickers Edson and Tsala at home, at work, in church, and at meetings. Along the way it shows what Fairtrade has done for them and their communities – but also picks up just how hard it is for farm labourers to make ends meet. Not new, but still one of the best around.

“The Story of Chocolate: Unwrapping the Bar” (11+ minutes) focuses on a single product but gives a real good survey of the benefits of Fairtrade, covering the Fairtrade minimum price, the Fairtrade premium, empowerment of women, and provision of training. Also shows the need to go beyond certification to ensure wider reforms that will raise farm incomes

“Fairtrade for Beginners” (Naashon Zalk Media, South Africa). Katy January, training manager for a South African fruit farm, goes on a road trip to discover Fairtrade. The film shows the varied nature of Fairtrade in South Africa as Katy visits a smallholder cooperative (Eksteenskuil Agricultural Cooperative), a hired labour Fairtrade farm, and the Fairtrade offices in Cape Town. The dialogue doesn’t necessarily flow – and the film is now, alas, out of date (Fairtrade South Africa no longer has a Cape Town office, for example) but nonetheless, this is still on our list because it is comprehensive and gives a southern perspective, with a relatively low emphasis on price and a high emphasis on empowerment. Two segments of about 15 minutes each.

The UK’s Fairtrade Foundation has a whole playlist of videos on this topic. Below we pick some of our favourites from their list and other sources.

“How Fairtrade Is Tackling the Climate Crisis” (3 minutes) One of two strong overviews, this short animated and stills film introduces the threats climate change poses to producers globally and outlines how the Fairtrade movement is seeking climate justice with and for them. Fast-paced story with a strong call to action.

“Climate Crisis: Farming on the Front Line” (3 minutes) The second overview shows farmers in different parts of the world speaking about the threats they face and the way Fairtrade’s prices, premium and educational programmes are helping them to adapt in a changing climate. Powerful words and images give a good sense of what’s happening and why Fairtrade matters.

“Climate crisis: How farmers adapt to climate change” (2+ minutes) Short film which focuses on the ways in which Fairtrade Climate Academies are helping farmers in different areas of the world adapt in a changing climate. Shows a few specific projects – gives a good sense of the variety of instruction/technologies that Fairtrade is helping farmers use.

Short Clips ….
Last year, in their Fairtrade Festival, the Foundation broadcast interviews and short clips that showed how climate change is having and impact on particular producers around the world, and what they are doing in response. The films are each about 2.5 minutes. They’re great if you want to give a bit more detail – click on the links to be taken to the videos.

“Fairtrade Farmers: Our Food and the Fight for Climate Justice” (1 hour 30 minutes) At the UN Climate Summit in Glasgow in 2021 (COP26) Fairtrade farmers presented a session in which they shared the challenges climate change posed for them and their recommendations for climate justice. This could be the basis for an evening’s discussion.

If you’re looking for a film that covers environmental sustainability more generally, why not inspire people with this short clip about the winner of last year’s Fairtrade Africa Environmental Champion award. It shows how Flamingo Horticulture is taking a wide range of steps to improve its sustainability and assist the local community.

“50 Cents” (2 minutes) For Kenyan tea producers, 50 cents can be the difference between being able to get a ride … or not, buying food … or going hungry. But what happens when you have the added expense of buying masks and sanitizer? This short animated film shows how Fairtrade Africa’s Fairtrade Recovery Africa Initiative was able to help.

If you’d like a more detailed look at the impacts of COVID on Fairtrade, take a look at the Fairtrade Africa webinar “Impact of the COVID pandemic” It gathers producers from different parts of the world to share the challenges they have faced and what they have done in response. It’s long – 2 hours – but if you wanted to use this with a class or group, you could pick one producer story and discuss that.

This terrific new song comes from the young Fairtrade farmers in Latin America and was performed for the global Youth Fairtrade Youth Convention in 2021. Wonderful lyrics about what it means to be a Fairtrade farmer … and we defy you not to start dancing!

“Come on in to Coobana Fairtrade Coop” (6 minutes) Very strong film which shows the injustice which makes Fairtrade necessary – and the impacts of a group of courageous farmers making the decision to strike out on their own and creating an independent cooperative.

Shared Interest, which makes loans to Fairtrade producers, has a series of in-depth case studies, in which producers speak about their experiences. Those covered include Mpanga Growers Tea Factory (Uganda, 9 mins); Salom (Kenya, 11 mins); and Rwandan Cooperatives (11 mins – very powerful, deals with genocide and  gender-based violence). Each helps viewers to understand not only Fairtrade production but how, with  proper funding, it can scale up.

“Ending Modern Day Slavery” (CNN) Divine CEO Sophie Tranchell  explains how the company ensures traceability for its Fairtrade cocoa beans. Not the greatest artistic values, but the content is very good if people have questions about the traceability of Fairtrade products. Part of a longer CNN series on child slavery and chocolate. Short (2.5 minutes)

Fairtrade Africa has made a variety of impact films. One of the best in showing how Fairtrade can scale up comes from Ethiopia; another really fascinating one shows the impact of Fairtrade on education in Sireet (Kenya).

Most powerful is almost certainly Jan Nimmo’s ‘Bonita: Ugly Bananas’ – you can view it online, or buy it as a DVD to show a group. The story of Nimmo’s visit to an Ecuadorian banana plantation as its workers peacefully tried to unionise and strike for better conditions – only to be attacked by armed men hired by the company –  is a searing indictment of workers’ treatment and a reminder of why Fairtrade is so important.

“Lifetime Achievement Awards”  Here are some channels where you can find lots of great Fair Trade films:

Films about bananas are always popular, especially with young people. So here’s a special category of “Top Banana” films …

Banana Growers’ Story, Dominica (WRENMedia) Bit of a surprise package, this one! Nothing flashy – but a terrific account of how Fairtrade banana production really works for small producers. Introduces you to the Joachim family, who walk you through the process, explaining Fairtrade along the way. WRENMedia specialises in making agriculture accessible … good job done here.

The Banana Industry of the Windward Islands (Guardian) Well-produced film does a good job of showing the impact of Hurricane Tomas,  European tariff changes and increased input costs on Windwards farmers.* Interesting to watch in conjunction with Oxfam’s film on the Banana Farmers Recovery Project after the last hurricane, Dean (2009).

The most recent Fairtrade Foundation banana film features Nick Hewer meeting farmers in St Lucia: a good, brief introduction that presents the challenges banana farming in the Windwards faces, as well as some inspiring responses from individuals and cooperatives. (4 minute version; 9 minute version)

Stick with Foncho to make bananas fair (Fairtrade Foundation) Aimed at campaigners – introduces the issues around bananas and supermarkets in a simple and direct way. The Foncho Film for Schools focuses specifically on Foncho and his family, using them as an example of how the Fairtrade price and premium work, as well introducing the wider issues around bananas.

And for fun … Is that a banana I see cycling past a Yorkshire tea room? Yes  … and indeed, not just one banana but a whole “peel-o-ton.” Fairtrade Yorkshire’s marvelously inventive video of banana-costumed cyclists doing part of Le Grand Depart is one for the cycling fans in your church!

Prince Charles’ greeting on the Fairtrade Foundation’s 20th birthday celebrations. Emphasis on the impacts of Fairtrade and the way it helps to shape sustainable food systems worldwide. (4:42)

And crossing over to the “Foreign Films” category … These may not be so great for groups, but they’re super just to watch … and if you have a local foreign language speaking group, might make a nice way to introduce Fair Trade into that context.  UK films tend to focus on English-speaking countries, which means we rarely get coverage of certain products, such as dates. But two sets of films by a Brussels-based consultant look at Fairtrade date production in Algeria, one focusing on the partnership among Tunisian cooperatives, a Tunisian exporter and a Swiss Fairtrade retailer; the other on a Tunisian company exporting Fairtrade and organic dates. Really terrific stuff that looks at the wider picture, including the local economy, the impacts of Fairtrade on agriculture and local employment, etc. The only downside … it’s in French (or other languages with French subtitles).

And just for fun…

Those are our suggestions. Are there any films that you’d recommend? Drop us a line!