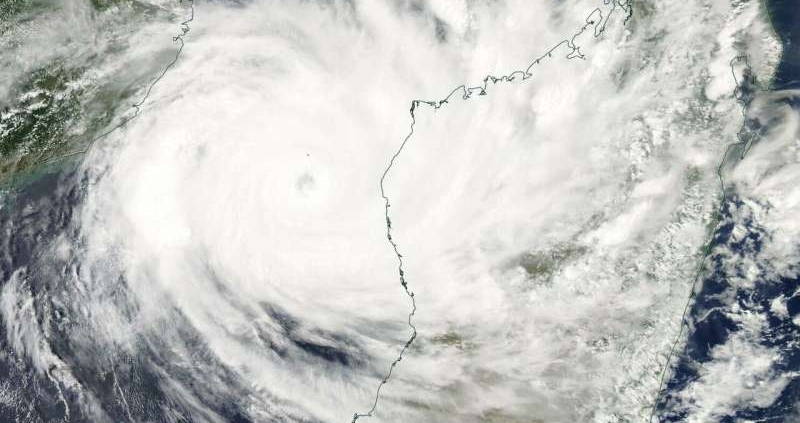 Our last email focused on Cyclone Idai. Please continue to pray and give for relief and recovery in Mozambique, Malawi & Zimbabwe. Please also pray for people who suffered losses when Australia was hit by two cyclones (there were also some for whom the storms’ rains were a gift) In the US, there have been historic river floods in the Midwest: pray for all affected and especially for farmers, some of whom are considering leaving their farms. Pray for those affected by floods in  Angola, deadly flash floods in Afghanistan,  flooding and landslides in Indonesia, which have killed over one hundred people, major floods in Iran

which have killed 70 people and forced largescale evacuations, and flash floods after storms in southern Nepal.

We’ve been working for several weeks on a piece on Brexit. The difficulty with this is that as the situation changes almost daily, it’s very difficult to write. If we can, we’ll send out a ‘Brexit’ supplement to the prayer email over the weekend … but in the meantime, please keep praying for all involved in the process of discerning a way forward.

Christian leaders have raised concerns about the Home Office’s treatment of people seeking asylum for religious reasons, after an Iranian convert to Christianity had their asylum application refused by a Home Office official who used selected verses from Scripture, taken out of context, to dispute the convert’s account of having converted to Christianity because it was a religion of peace. While the Home Office has agreed in this instance that the letter did not follow its ‘policy approach’ and that it will reconsider the person’s case, this is not the first time that Home Office criteria for deciding on the authenticity of conversions have been questioned. Failures in this area are a serious issue, as converts who are refused asylum and returned to their countries of origin could, in some cases, face prison, physical punishment, or death. Pray for greater religious literacy in the process and for converts to receive a fair hearing and protection from persecution.

Immigration Detention
The Joint Public Issues Team and other Christian organisations welcomed the House of Commons Home Affairs Committee’s critique of Home Office practice relating to detention.  An official summary of the report noted that it found “that the Home Office has utterly failed in its responsibility to oversee the safe and humane detention of individuals in the UK, that too often it does not follow its own policy and guidance, and that a series of safeguarding and case-working failures have led to people being wrongfully detained, held in immigration when they are vulnerable and unnecessarily detained for too long.” Among its recommendations, “the Committee calls for an end to indefinite detention and a maximum 28-day time limit and says the Home Office must do much more to ensure that detention is an option of last resort. The Committee also calls for an overhaul of the Adults at Risk policy, stronger judicial oversight and a more humane decision-making process for detention to ensure that vulnerable people are not being let down.” Pray that these recommendations are heard and acted upon.

Action Point: Join MPs from all parties, human rights groups, Christian groups and others in calling on the UK Government to end indefinite detention and to place a 28 day time limit on immigration detention. You can do so via Liberty/s pettion or through the [Catholic] Bishops Conference of England and Wales. In addition to the new report, see the report by the Joint Committee on Human Rights for more information.

Thanks to initiatives like #PlasticLessLent and the Living Lent programme, more and more people are making personal lifestyle choices that reflect their commitment to care for our environment. ‘But what about wider action?’ people sometimes ask. In fact, recent weeks have seen a number of new and noteworthy positive signs of large-scale change. Here are a few, drawn from different areas where new initiatves are needed. You can find more climate prayer points in this month’s Pray and Fast for the Climate prayer sheet.

As of Friday the total number of Ebola cases in the current Nord Kivu/Ituri (DRC) outbreak was 1,117 and 702 people had died. While this is far smaller than the 2014-2016 Ebola outbreak in West Africa, it is the second-widest recorded Ebola outbreak – and, after looking earlier this year as if it might slow,  has actually accelerated in recent weeks. March had the most cases per month since the outbreak began. The increase is attributed to the combination of political instability, community mistrust, and resultant attacks on health workers and health facilities that have made prevention and treatment more difficult.  Please give thanks for the courage and dedication of Congolese health workers and the international colleagues working alongside them. Pray for all who are affected. Pray for an increase in stability and trust in the region that will enable effective prevention and treatment. And pray that the outbreak does not spread to areas where it would be more difficult yet to contain.

Further Reading:   CCOW has a page about the outbreak, with information, links and prayer points. If you speak French, you can listen to the coordinator of Ebola response in Butembo, speaking in a Ministry of Health broadcast about the importance of community action and support.

This Sunday marks the 25th anniversary of the start of the Rwandan genocide, in which over 800,000 people were killed in about 100 days. We’ve put links to some reading/viewing below, which offers the testimony of different people affected by the genocide. The prayer points are derived from those readings.

“More than that, I regard everything as loss because of the surpassing value of knowing Christ Jesus my Lord … Beloved, I do not consider that I have made it my own; but this one thing I do: forgetting what lies behind and straining forward to what lies ahead, I press on toward the goal for the prize of the heavenly call of God in Christ Jesus.” Philippians 3:8, 13-14

As we continue through Lent, help us, Lord, to seek a deeper life in you as our greatest prize.

This email was sent to you by Christian Concern for One World.(CCOW), The Rectory, Church End, Blewbury OX11 9QH. You received it because you have asked to receive our prayer emails.

If you find our resources helpful, please consider donating to CCOW online or by cheque or standing order.

Prayers for Week of 12 May
Scroll to top