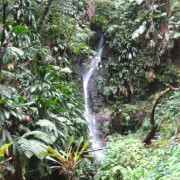 The story of John the Baptist, found in this week’s Revised Common Lectionary readings, brutally illustrates the risks of prophetically challenging those in power. And yet, around the world, Christians continue to run those risks, sustained by the grace of God and conscious that Christ, the lord of all, offers a redemption and a hope more powerful than that of any earthly ruler. How might we be called to speak prophetically, sustained by this same grace and hope?

This coming week, the Financing for Development (FfD) conference will take place from 13-16 July, in Addis Ababa, Ethiopia. The conference is being held now in preparation for the  September adoption of the new Sustainable Development Goals (SDGs). Goals without funding don’t mean much, and the Addis conference is meant to determine how the SDGs will be financed. The draft outcome document is ambitious on this front: “Our goal is to eradicate poverty and hunger in this generation, and to achieve sustainable development… where no country or person is left behind… [The UN’s] ambitious and transformative post-2015 development agenda… must be underpinned by equally ambitious and credible means of implementation. We have come together to establish a holistic and forward-looking framework and to agree on concrete actions to deliver on the promise of this agenda.”

The conference is very wide-ranging, looking at an enormous number of topics, including aid targets, remittances, the role of the private sector in development, carbon markets, debt restructuring, international tax frameworks and measures to prevent illicit financial flows (the issues around money flowing out of developing countries are as crucial as those around money coming in).

We’ve attached a background briefing to this email with more information and quotes on the process from the Archbishop of Canterbury (whose piece is well worth reading in its entirety), the General Secretary of the United Nations, the head of Oxfam International and others. (Please note that the links in the piece can be seen if you hover, but have not always come out in their customary format).

As of our writing, the election in Burundi has been postponed for six days, from this coming Wednesday to the 21st of July, in order to give the Ugandan president time to do mediation with the various parties

Burundi has been in crisis since 25 April, when the ruling party announced that President Pierre Nkurunziza would again run for office. The opposition and civil society had already argued that this would constitute seeking a third term, which is prohibited by both the Arusha Peace Agreement and the country’s constitution.  The ruling party argued that as the President was elected to his first term by indirect suffrage, it should not count.

Demonstrations were held the following day and were met with force by the police; some protesters were killed or wounded and many were arrested and jailed. Subsequently the situation has deteriorated even further; on the 13th of May there was an attempted coup, and private media outlets have been shut down. Many have fled the country; the UNHCR estimates that there are almost 150,000 refugees in surrounding nations, as well as many internally displaced persons.

The opposition boycotted local and parliamentary elections on 29 June, which were widely dismissed as lacking transparency, inclusiveness and credibility. Prospects for the presidential election have not been good. Please pray that the mediation will be successful in bringing a just and peaceful conclusion to the crisis. Pray for the restoration of peace throughout the country; for free, fair and peaceful elections; for safety and security for all who have been displaced; and that all who are seeking to bring humanitarian aid to them may do so effectively and lovingly. Pray also for the witness of the church in troubled times – may it be a beacon of Christ’s love.