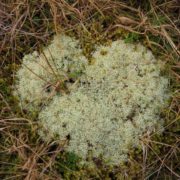 If you’re still looking for Mothering Sunday prayer resources, you might want to look at these:

“Isn’t it worrying that even today we don’t know the exact number of multidrug resistant TB cases in this country? Isn’t it scary that most MDR patients are misdiagnosed and treated incorrectly? What is worse is that most Indians cannot access the right diagnostics or drugs. Why are we letting a curable disease become so powerful?” –Deepti Chavan, a 32-year-old from Mumbai.

The 24th of March was World Tuberculosis Day. It’s a good reminder to pray for all suffering because of – and/or working to prevent and cure – this ‘voiceless’ disease, which despite its low profile is responsible, according to the WHO, for about 5,000 deaths a day.

Ending the global TB epidemic by 2030 is one of the targets of the Sustainable Development Goals. It’s not a simple task, though, and at present, despite diagnosis and treatment efforts that saved an estimated 49 million lives from 2000 to 2015, the incidence of infection is not falling rapidly enough to meet interim milestones.

Why is it hard to tackle TB? As with many diseases poverty often heightens the risk of being infected with tuberculosis, while reducing chances of accessing treatment – and doing things that can help build health, like eating well. Tackling TB therefore means not only ensuring transfers of medical knowledge and prioritising work on the medical aspects of TB, but also tackling broad socio-economic challenges, whether in  high-income, middle-income, or low-income countries. The difficulties are compounded by the emergence of multi-drug-resistant (MDR), extensively drug-resistant (XDR) and incurable tuberculosis, which are especially challenging to diagnose, as well as to treat or (in the case of incurable TB) to manage well.

The combination of issues facing people in poverty comes out clearly in an interview with one MDR TB patient who lives in a shack in a crowded township in South Africa, one of six middle-income countries which together account for 60% of global TB new incidences. She states:

“I was expecting [to get TB] because … I was living with my grandma and my sister also who was having TB … I knew that one day I’ll have it … Now I’m getting the treatment. I feel fine in my body, but emotionally I can’t feel fine because there at clinic they said that you should eat this, you should eat that … and I can’t afford that, because I can’t work.”

A Lancet commission released to mark World Tuberculosis Day underlines the seriousness of MDR and XDR tuberculosis as global health risks – especially because MDR tuberculosis appears often to be transmitted (ie spread from person to person) rather than acquired as a result of failed treatment, as had been previously thought. The report stresses that to break the pattern of transmissions, the global community needs to

“I’m feeling proud of myself now, because with this new treatment, it’s very good.”
“Even now I can … talk, I can do anything, everything in the house, and then I feel free.”
Drug-resistant TB sufferers participating in a new trial

In a comment piece accompanying the Lancet Commission, other leading experts reflect on both the threats the article notes and some signs of encouragement – especially the appearance of a short oral treatment paradigm for both drug-sensitive and drug-resistant TB that seems to show high potential. They conclude:

Photo Credit: Elizabeth Perry, from For the Love of Creation powerpoint.

This Sunday the conflict in Yemen will enter its third year. It is hard to overstate its catastrophic nature for many of the country’s people. The direct casualties of conflict include more than 100 civilians killed last month and at least 4,773 killed and more than 8,700 (perhaps many more) injured over the course of the conflict. But the huge damage lies in the damage done to social and economic structures and hence to people’s ability to access work, food, shelter and healthcare. Millions of people are internally displaced; the economy has been shattered; health services are lacking; and health workers face obstruction (just this week MSF has decided to pull out of a hospital because of Houthi interference). Overall, the UN estimates that 21 million Yemenis, 82% of the country’s population, “are in urgent need of humanitarian assistance.”

Of these, the World Food Programme estimates that about 7 million are severely food insecure – and it is the food crisis that is most worrying. The WFP has warned that two areas, which are home to about 25% of the country’s population, “risk slipping into famine.”  Focusing on the conflict’s youngest victims, Dr Meritxell Relaño, UNICEF Representative, stated: “We are seeing the highest levels of acute malnutrition in Yemen’s recent history. Of the 2.2 million children suffering from acute malnutrition, 462,000 are severely and acutely malnourished (SAM). To put things in perspective, a SAM child is ten times more at risk of death if not treated on time than a healthy child his or her age.”

The UN managed to reach 4.9 million people with food assistance in February, but because warring parties have restricted access and funding for the UN Yemen appeal is extremely low (according to Oxfam, the appeal is only 7% funded), they have not been able to do as much as they would like.

Oxfam, which also works in Yemen, is:

It has also echoed the appeal for UN funding.

For meditation and prayer: