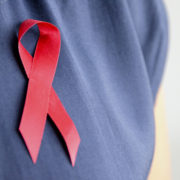 This week’s Revised Common Lectionary readings offer a vision of the future, present encouragement, and challenge – the vision of the peaceable kingdom, in which all things are reconciled in Christ; an encouraging reminder in the epistle of the hope that Christians can receive now from Scripture and the Spirit; and the challenge of repentance that John the Baptist brings. May we – and all who encounter these readings – be inspired, encouraged and challenged!

“There’s really some great progress in terms of the HIV epidemic. But it’s … not past yet. HIV is a reality for us and I think it’s really important for us as a church that we must stay connected to this, or if we are not yet part of this, that we should become really involved in the fight against HIV and AIDS.”  World AIDS Day video by the Revd Christo Greyling, founder of Christian AIDS Bureau for Southern Africa (CABSA)

The past ten years have indeed seen some transformational shifts in the fight to end the HIV epidemic:

These are causes for rejoicing – they represent millions of children born HIV-free and millions of HIV+ people living longer, healthier lives. We give thanks to God for those who have been part of these successes and for what they’ve enabled.

But at the same time, the good news isn’t the only news. As the new StopAIDS campaign says, “It ain’t over.” Treatment rates vary greatly from country to country and often within countries depending on your location or socio-economic status. There is a serious ‘prevention gap’ amongst adolescents and adults: UNAIDS notes: “New infections among young women aged 15-24 years have declined by only 6% between 2010 and 2015, while the rate of new

HIV infections among 25–49-year-old men and women is essentially flat. Meanwhile, new infections appear to be rising among people who inject drugs and men who have sex with men.”

What does this mean? If we look simply at young women, in 2015, an estimated 390,000 women between 15 and 24 became newly infected with HIV – that’s about 7500 young women a week. UNAIDS notes, “young women are facing a triple threat:

The high risk for young women stems from a range of causes. Our colleague Lyn van Rooyen, who runs CABSA, writes that primary factors include “child marriage, age disparate relationships, economic hardship and inequality – we still hear so many stories of ‘survival sex’, patriarchy and gender inequality … sexual and gender-based violence, poorer education for girls and young women, lack of specific information about HIV and HIV transmission, lack of comprehensive sexuality education, and biological vulnerability (the sexual organs of young women are more prone to trauma and micro tears, have a different pH etc, making them more vulnerable to infection).”

I (Maranda) remember sitting with a group of young women in South Africa. Their situations were, as is often true for young people the world over, complex and often contradictory. Society was telling them that education was important, and they could see the merit in aiming for or participating in higher education. But the older members of their church were expecting them to marry and immediately to give up work. Why then, they asked, should they continue with their education? Or should they reject what their church members were telling them? And what if you married and wound up being like the woman whose husband wouldn’t even give her enough money to buy a sanitary products? What should you do when your boyfriend was pressing you to take things further? Or when a friend was seeing an older man with a poor reputation, who was giving her gifts?  Amidst the questions, there was also a fear of attack (South Africa has one of the world’s highest rape rates); no woman went out alone after dark. There were so many areas of vulnerability – especially given the reluctance to mention, much less discuss, HIV.

For the sake of all who are vulnerable to HIV and AIDS, Christians – both those of us who are living with HIV and those who aren’t – need, as Christo Greyling says, to stay or get involved in the fight against the epidemic. That might be through working directly on prevention among young people, the way the Fikelela Project‘s ‘Agents of Change’ programme does, or by supporting such work financially. It might be by our showing in worship and the way we organise our church life that our churches are safe and welcoming spaces. It might be by sharing our own experience or expertise to inform others, or by seeking out information so that if someone comes to us with pastoral concerns relating to their status, we can listen well and understand the context. Or it might be getting involved in advocacy around finance and access to treatment: in September, the UK Government showed leadership by pledging £1.1 billion over three years to the Global Fund to Fight AIDS, Tuberculosis and Malaria, but there’s still a lot of work to do.

“In the bleak midwinter …” As parts of the UK have experienced the first cold weather of winter this past week, it’s also grown colder in southeastern Europe and the Middle East, where many refugees in Greece and the Balkans, Iraq, and Kurdistan (among other places) are inadequately protected against the freezing weather. Pray that asylum seekers and refugees in vulnerable situations will be given the resources they need to stay safe and well during the cold weather. Pray for more effective coordination of governmental and intergovernmental resources and policies to keep refugees and asylum seekers safe. Pray that churches may offer effective and useful assistance.

Action Point: Many charities – such as All We Can, CAFOD, and Embrace the Middle East, among others – offer ‘alternative gifts’ that include support for vulnerable refugees. Could you include these among your Christmas gifts to people?

Boko Haram’s attacks in Northeast Nigeria and Cameroon continue, with millions of people displaced by the violence. The UN’s Food and Agriculture Organization has expressed particular concern about hunger in Northeast Nigeria: the region has almost 2 million internally displaced people and more than 5 million who are facing acute food insecurity, including some who face famine. UNHCR has warned that 75,000 children are at risk of dying of hunger.

It is a cause for rejoicing when steps towards peace are taken, especially in situations that have long seemed intractable. This week Colombia’s Congress ratified a peace agreement with the FARC rebels. The agreement is a revised version – with additional concessions from the rebels – of the deal that was rejected in a popular referendum earlier this Autumn. Its implementation would bring to an end a conflict that has stretched for decades and displaced millions.

The situation remains complex: congressional opponents of the deal boycotted the vote and suggest that even the revised version, which incorporates many of their proposals, offers too much impunity to rebels. The rebels state that they have begun to destroy explosives and to create the political grouping that will represent them in the legislature, but that circumstances are not yet ready to move to demobilisation points … while the Government is awaiting a ruling on the extent of its power to use fast-track legislative procedures to grant amnestry to jailed rebels, which is one of the preconditions  rebels have set for demobilisation. Even if the demobilisation begins in good time, the process is likely to be difficult.

And there are other concerns – peace talks are needed with other groups, and there are worryingly high levels of violence against human rights defenders, environmental activists and community leaders.

The President recently tweeted that the ratification of the accord gave rise to a new “chapter of hope” Please give thanks for the progress made and pray that that hope may be realised for all Colombians, and that the country may know peace, stability and justice. 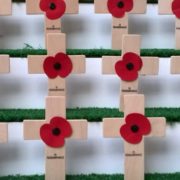 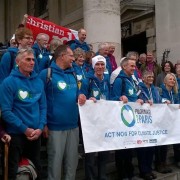