Loving our neighbour in a globalised world

It’s easy to understand the lawyer’s question. We all have finite resources – emotional, material, of time, of space. If we are to love our neighbour as ourself, extending the definition of neighbour too far can feel overwhelming. The temptation is to circumscribe the number of people to whom we have obligations so that life feels manageable, and we can say confidently: “I have done this.”

But Jesus’ response allows neither the lawyer nor us to take that route.

Instead of getting an answer that enables him to classify others into the category of neighbour or not neighbour, the lawyer is instructed to act as a neighbour to those whom he encounters, whatever their circumstances.

That’s a challenge. And  in a globalised world, it raises numerous questions. What does it mean to ‘encounter’ someone? Does it apply only to those whom we meet in our daily lives? Or also to others whom we may or may not meet face to face? Pondering this, the theologian Dewi Hughes has suggested that we ‘encounter’ anyone on whom our actions have an impact – and that with respect to such people, we are responsible for applying the principle of love in all our actions that affect them.

So, for example, the person who sold me the tea I drank on my travels yesterday is my neighbour, and I have a responsibility to treat her with loving respect and to care about whether the cafe where she works pays her adequately. But the producers of the tea and the milk I have drunk are also my neighbours. I benefit from their labour – and I have a responsibility to care that they were paid fairly for it … and that they were not compelled to work in conditions that imperilled their health or wellbeing.

But are they the only people affected by my actions? Boiling the kettle required electricity – and hence the production of energy. The paper cup in which it was served required the felling of trees and the moulding of plastic. Were these actions undertaken responsibly? Or were they contributors – albeit minuscule contributors – to the climate change and degradation of earth’s natural resources that are causing difficulties for people around the world?

We live in a world that prioritises consumption – that constantly encourages us to focus on fulfilling our own desires and touches only briefly, if at all, on their impact on others and on the earth. But the command to love your neighbour requires us to take into account our daily choices’ impacts on our global neighbours and our common home, whose finite resources are so sadly overstretched.

At times seeking to live in a way that is mindful of our impacts may feel overwhelming. And certainly it can require an investment of time or energy, especially if we’re just starting to look at a particular area of our life. But we don’t need to be discouraged – there are plenty of fellow Christians (and others) walking alongside us who can help us along the way; issues can become clearer; and we can, by God’s grace, grow in courage and confidence. … and ask for forgiveness when we don’t get it right.

And this is not a joyless thing. To the contrary, trying to live in a way that is mindful of others and of the earth we share can bring tremendous enjoyment and a restorative awareness of connection with our fellow humans, the creation and God. Pray that God will guide us – and all people – along this way of life, for the good of our neighbours and ourselves.

How then shall we live?

There are so many ways in which we can act lovingly towards our global neighbours and creation – in a short piece one can just begin to scratch the surface. But for this week, we’ve chosen three areas where meaningful action can be easily taken in our everyday lives (the way we invest in these areas is also important, and will be the subject of a future reflection) – and we reflect on how a changed mindset may be helpful.  And, as these action points and suggestions may well be statements of the obvious for many readers, we end by providing some suggestions of books that explore the subject in more detail.

The Paris climate commitment to “pursuing efforts to limit the temperature increase to 1.5 °C” cannot be achieved without a switch away from fossil fuel sources of energy. Christian Aid and Tearfund have teamed up in a practical initiative, which launched on Ash Wednesday, to help churches and individuals make the switch to 100% renewable forms of energy. The ‘Big Church Switch’ will use the buying power of all who register their interest to secure the best deal from the cleanest suppliers in the UK. A quote will be provided to the registered churches and individuals who then decide if they want to sign up.  ‘The Big Church Video Switch’ notes: “This small action is one of the biggest things your church can do to reduce its carbon footprint… By using clean, renewable energy the Church can demonstrate its commitment to care for our neighbours and for the earth – our common home”

What we eat is potentially the most significant way we interact (albeit unwittingly) with our global neighbours and our common home. The science journal Nature reports that “The global food system, from fertilizer manufacture to food storage and packaging, is responsible for up to one-third of all human-caused greenhouse-gas emissions”. Agriculture on farms is responsible for about 13% of total global emissions, with animals releasing methane and the use of nitrogen fertilizers the most significant contributors. However, “Roughly one third of the food produced in the world for human consumption every year — approximately 1.3 billion tonnes — gets lost or wasted”, according to the United Nations Environment Programme (UNEP) – a massive squandering of Earth’s finite resources. UNEP say, “Every year, consumers in rich countries waste almost as much food (222 million tonnes) as the entire net food production of sub-Saharan Africa (230 million tonnes)”. What about figures for the UK? Here, UNEP report that around a third of all the food purchased each year is not eaten.

How might we act more caringly towards our global neighbours and God’s creation?

Ruth Valerio writes, “Our demand for paper is one of the key factors behind deforestation, which, in turn, is the second highest contributor to climate change, only behind burning fossil fuels” (L is for Lifestyle, p 114).

Great Britain is the world’s sixth highest consumer of paper and paperboard (2013 statistic) and, according to the Confederation of Paper Industries, “in the UK, we produce less than half of the paper we consume. In fact, the UK imports proportionately more paper than any other country in the world”.

In their paper, “Overconsumption? Our use of the world’s resources”, Friends of the Earth write,

“In order to create a more sustainable and equitable world, regions with high levels of per-capita resource use, such as Europe, will need to sharply decrease their resource use in absolute terms.

More fundamental questions about economics, development and resources need to be addressed in the medium term. Most significantly, ‘How can new models of development be created in Europe and other industrialised countries that focus on well-being instead of increased production and consumption?’ This will require rethinking the role of economic growth and the links between resource use, quality of life and happiness”.

The need for “rethinking” and emphasis on quality of life is reminiscent of Romans 12:2: “Do not conform to the pattern of this world, but be transformed by the renewing of your mind, so that you may prove what the will of God is – what is good and acceptable and perfect”.

It is very easy to get caught up in our current culture, which assumes constant consumption and acquisition are both good and necessary (how else can the economy grow?) – and hard to break away. But simply being abstemious – whilst clearly necessary given the parlous state of the planet – doesn’t seem sufficient response, because it is a negative “thou shalt not” type of response that can readily lead to debilitating guilt, feelings of failure and accusations of hypocrisy when well-intentioned resolutions are broken. Perhaps, instead, we can try thinking differently about how we live and what we consume. Rather than being consumers of “things” might we increasingly become “consumers” of culture, nature and friendship – not in a utilitarian way but in terms of where we take delight, find our identity and spend our spare time? Can we take to heart the injunction of Hebrews 15:5, “Be content with what you have” – perhaps literally looking at our possessions afresh and taking joy and pleasure in the good and lovely things we already have?

A very brief list – which undoubtedly leaves out many books that our prayer email readers have found useful! Do email us with suggestions, as we’re putting together an annotated list. 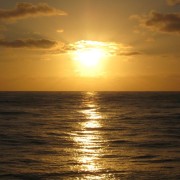 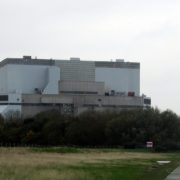 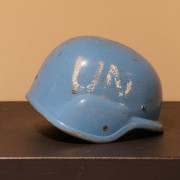 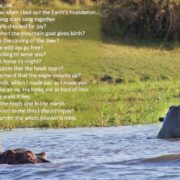